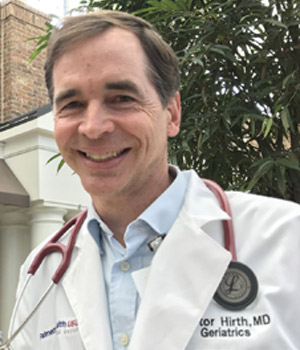 There have been tremendous advances in medication therapies in the past several years.  Chronic Myelogenous Leukemia used to be a very serious disease that often progressed to a life threatening condition.  There is now pill therapy that basically cures this disease with a once daily tablet.  Hepatitis C is one the most common causes of cirrhosis and liver failure.  We now have combination therapy that cures this infection with a few weeks of oral pill therapy.  Numerous other conditions and diseases have seen similar progress in terms of improving quality of life, symptoms or longevity.  Despite these substantial breakthroughs there are still reasons to be cautious when it comes to drug therapy.

To better understand why there should be due consideration when prescribing and taking medications it’s helpful to understand how medications receive their approval from the FDA.  Generally this starts with discovery of compounds that are thought to have biologic activity and potential for a given disease or condition.  After conducting tolerability and toxicity studies on both animals and normal healthy human volunteers, the drug then moves to testing to show effectiveness for the disease in question.  At this point, after an investment of many millions to hundreds of millions of dollars, the pharmaceutical manufacturers then start planning what are called the clinical trials.  That is, does this new drug work as hoped, is it safe, how well is it tolerated and is it completely new (that is there’s nothing to compare it to) or better than existing treatments currently on the market.  Needless to say, there is a substantial motivation to give the new drug the highest likelihood of being shown to be effective.

How might you go about giving your drug the best chance possible?  Well, firstly, you might exclude older adults and children because, “it’s too risky to test it on them.”  Then you might try to select persons who have the disease in question but absolutely no other diseases.  You might not want to have patients with diabetes or lung disease if you are testing a drug for a heart condition.  You might also exclude persons who take more than 3 medications, have functional limitations, memory problems or other conditions that might interact or somehow limit the size of the effect that manufacturer is trying to obtain.  Once the clinical trials population of eligible persons is narrowed down to what is desired, they might not have much if any resemblance to the population of persons who might be actually taking the medication in the real world once it’s released to the public.  Another issue, really out of necessity, is that clinical trials are generally 3 months to perhaps 2-3 years long for medications, many of which might be taken for years or even the rest of your life.  The early side-effects generally are relatively easy to determine, but what about the long-term side-effects?  Those generally aren’t known until the product has been approved by the FDA, released to the general public and in use for at least a few years.

Another risk is that, in general, is that a clinical trial only enrolls enough persons (maybe hundreds to a couple thousand) to ensure that there will be a statistically significant chance that the estimated effect size of the new medication will be reached and consequently will be approved by the FDA.  What happens when 10,000 or 100,000 people take this new medication?

For these reasons and more, most cautious doctors, nurse practitioners and almost all geriatric physicians only rarely will prescribe a really new medication.  Their preference is to see what the experience will be in the general population before trying a new medication on his/her patient. The other problem is that their patients frequently don’t look at all like the patients in the clinical trial and the concern will be, how generalizable are the clinical trial findings to their patients.  Late side-effects are another concern that will not be known for some time.  Often clinical trials will be stopped early if the results are more promising and statistically significant before the planned end-point is reached.  This reduces the chances of determining what the later side effects might be.  Finally, given the tremendous investment of time, effort and particularly dollars, new or newer medications, will be substantially more expensive than existing drugs already on the market.  These are just some of the considerations your doctor, nurse practitioner or other prescriber may be considering when writing for a drug for a given disease or condition.

Our goal is to be available, answer questions and help you better understand your health and wellness as well as develop plans and programs to ensure the best possible health over time.